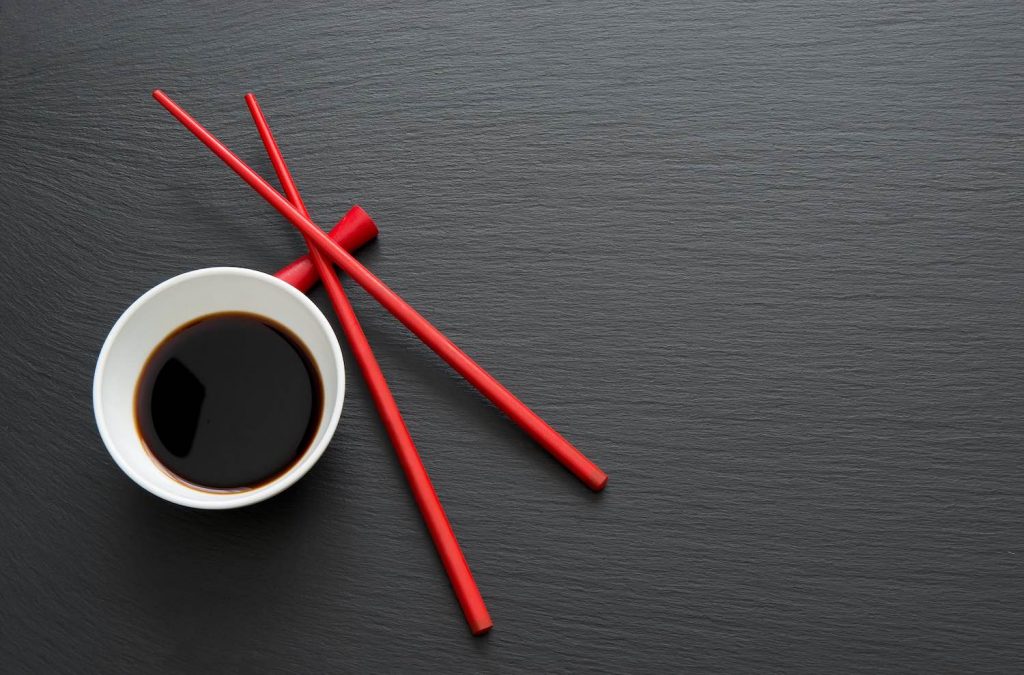 Sauces and condiments are an integral part of several cuisines. One of the most popular among them is soy sauce.

A good soy sauce can make all the difference between a tasty and a bland meal. Typically used in Asian cuisines, the different layers of flavour in this sauce have helped it make its way to other fares as well.

Because of the huge variety of taste and flavour, buying the best soy sauce can be super hard. If you are the kind of person who pays heed to what condiments and dressings go into their food, this guide is tailor-made to suit your palette.

Factors to Look for When Buying the Best Soy Sauce

What is Soy Sauce?

Mostly used in East and South-Asian cuisines, soy sauce originates from China and is traditionally made using fermented soybeans and wheat. It has a strong umami flavour with salty and earthy undertones. The usage of soy sauce is quite versatile, which makes it a staple in many Asian cuisines.

You can use it to add flavour and colour to your stir-fries, noodles, or plain simple white rice. It is also enjoyed as a dip alongside sushis, sashimis, dumplings, and more. Soy sauce is packed full of amino acids, which contributes to its umami flavour.

How Is Soy Sauce Made?

Depending upon the grade of the product required, it takes days and months for fermented soy sauce to be naturally brewed. It is manufactured using the stepwise process wherein the soybeans are first cooked and then added to Aspergillus Oryzae and roasted wheat.

This process of koji fermentation is carried out for about 72 hours after which the resultant product is added to a brine solution. This concoction is further brewed for about 180 days or until a reddish-brown, sour, umami liquid is obtained.

Soy sauces are made differently in different regions and cultures. Each has its flavour profile, fragrance, and taste. Even though all of them are similar in appearance, each kind has a notable difference in viscosity, umami-ness, and taste.

They are chiefly used across many cuisines such as Japanese, Burmese, Taiwanese, Indonesian, Korean, Vietnamese, Thai, etc.

In comparison to other variants, dark soy sauce has a thicker consistency. As the name suggests, it is darker in appearance and has a slightly sweet aftertaste to it. Unlike other sauces, which are used to enhance the flavour profile of a meal, dark soy sauce is usually used to darken the colour of the food it is added to.

Light soy sauce is best used as a dipping sauce or for seasoning. It has a reddish-brown hue to it and has a thin texture. The sodium content in light soy is higher in comparison to dark soy sauce.

You are most likely to find that your Cantonese-style stir-fries have a prominent light soy sauce taste.

Thick soy sauce usually is found in a jam or paste form. Adding only a small amount of thick soy sauce to any meal can take the flavour up a notch.

It has a sweet taste to it, which makes it great for stir-veggies, fried rice, stews, and braised meats. The sugar content in this sauce is high compared to other sauces.

As the name implies, low sodium soy sauce has about 40% of the salt content removed from it during the brewing process. Since it is low on sodium, it is a healthier alternative to other sauces and can be included as a part of healthy diets.

A serving of 100ml of soy sauce has around 60 calories, 5 gms of carbohydrates, 6 gms of sodium, 0.1 gm of fat, and 10.51 gms of protein. Soy sauce has been used for more than 2000 years and provides numerous nutritional benefits. Some of them are:

Kikkoman tops the list when we talk about the best soy sauce brand. The long ageing process of this sauce gives it the rich, yet subtle flavour, which compliments rice and noodles.

It is manufactured using natural brewing methods, which contributes to its characteristic reddish-brown colour. Use it for marinating your meat, for adding colour to your boring looking meals, or simply as a dipping sauce.

The best part about this sauce is that it is made using only four basic ingredients- wheat, salt, water, and soybeans. This makes it healthy and organic in comparison to other soy sauces in the market.

If you are ready to elevate your Chinese cooking game, it is time you get acquainted with Lee Kum Kee Premium Soy sauce. A personal favourite, what makes this sauce unique for me is the texture and colour it adds to the meal, without taking away from the authenticity of the dish.

Despite being a little on the salty side, the prominent umami flavour of this sauce makes it for an amazing dip sauce with dim sums and pan-fried gyozas. It is made using a 100% natural fermentation process, and according to traditional brewing methods.

Struggling to find the best low sodium soy salt without compromising on the flavour? Add the Sam-J Tamari Gluten Free Soy Sauce to your cart right away.

Not only does it have a low sodium content but also it is 100% gluten-free. The main ingredients of this soy sauce include salt, water, soybeans, sugar, alcohol, vinegar, and lactic acid.

For imparting authentic Asian flavours to your dish, this soy sauce is a great purchase. San-J is a pioneer in providing authentic, high-quality products that are made following the best manufacturing processes.

The taste of this sauce is complex, however, very mild and subtle. The rich colour of the soy sauce helps in adding colour to rice or noodle-based dishes. It can also be used as a dipping sauce with your favourite sushi and sashimi platter.

Lee Kum Kee Dark Soy sauce is another of my favourites. The full-bodied colour of this sauce adds a dark hue to meals while enhancing its flavour. You can mix it with honey, ginger, and a little bit of vinegar to make an amazing dressing for your salads.

It is naturally fermented and has a strong umami flavour to it. It is tough to find good fermented soy sauce brands that assure quality and are also friendly on the pocket. This is a great choice.

In comparison to other brands that offer dark soy sauce at a similar price point, this is far richer and deeper, and it has a delicate taste to it. Adding a single tablespoon to your meals can add a great punch.

This Premium Artisanal Japanese Soy Sauce by Kishibori Shoyu is unlike any other soy sauce in the market. This sauce comes directly from the island of Shodoshima. It is made using locally and organically sourced ingredients, which are, wheat, whole soybeans, and sun-dried sea salt.

The best quality about this soy sauce is that it can be consumed directly from the bottle in its absolute raw form. It works amazingly alongside raw fish, sushi, and sashimis. On days when I feel a little adventurous, I like to pair it with raw oysters, finished with a dash of lemon.

Not only does it have an umami taste, but also its strong, rich, aromatic hues can fill up any room, making your taste buds tingle for some.

Yamasa Soy sauce is undoubtedly the best soy sauce for cooking. The bright red colour of this sauce reflects its rich, crisp, and slightly spicy taste and aroma. This sauce is manufactured using traditional brewing methods.

It is slow-brewed to get the most flavour and aromas trapped. This is a fundamental condiment found on many tables across Japanese restaurants. It is made using freshly and organically sourced ingredients such as water, soybeans, wheat, and salt.

All the bottles and cans are well and securely packed. It is a healthy alternative to otherwise highly salty ingredients that you may add to your food. It is paired best with sushi and eel bowls made kabayaki style.

My Asian dishes are incomplete without this light soy sauce by Pearl River Bridge. Coming straight from China, it smells and tastes as amazing as it looks, if not better. This light soy sauce is best paired with sushi and other raw fish-based dishes.

The texture and the colour of the sauce are light and vibrant. The umami undertones with a slight sweetness and the right amount of earthiness give a great depth to dishes it is added to.

It is nicely packed in a glass bottle. For the price it is available at, the premium and top-grade quality of this soy sauce is hard to believe. This sauce is made from nutrient-dense soybeans that are very beneficial for bodily functions.

The price for which you get to enjoy this premium superior dark sauce by Pearl River Bridge, it is a steal deal. This is my go-to dark soy sauce for adding a great depth of colour to simple rice or noodle dishes.

It is made using water, soya beans, wheat flour, salt, sugar, all of which are organically sourced and produced. The naturally brewing procedure imparts a deep colour to it and enhances the flavour and fragrance.

This sauce is chiefly used in Asian cuisines to marinate meats, as a dipping sauce, for seasoning, and simply to add many layers of flavour to a dish. Adding a small teaspoon of sauce can make the dish flavoursome and appetizing.

Bluegrass soy sauce by bourbon Barrel Foods is known for its smoky and brothy taste and texture, which is reminiscent of Kentucky bourbon. It is made using non-GMO soybeans, along with organic wheat and pure limestone-filtered Kentucky spring water.

It has a mildly sweet undertone with just the right amount of saltiness. The sauce is aged for several years until a full body flavour and aroma is developed. Having been featured in various food magazines, this soy sauce has made its way to cuisines across the world.

It is a well-packaged bottle of sauce. The beautiful make of the bottle along with the flavour-packed sauce makes it a great gift option for friends and family who love to cook.

It was tough for me to find an alternative for soy sauce that was low on sodium but high on flavour until I came across Coconut Aminos Soy Sauce by Coconut Secret. It has an entirely different flavour profile which no other sauce could beat.

This sauce is made out of coconut tree sap so it has no hints of coconut. It can be used as any other soy sauce. Use it for dipping sushis into, as a marinade, or for dressing your salads; the choices are endless.

It is made using only two ingredients- sea salt and coconut tree sap. This sauce has a tangy yet delicious and flavorful taste. It contains around 17 different types of amino acids, making it incredibly healthy.

You like sushi. Who doesn’t? But perhaps the sushi … END_OF_DOCUMENT_TOKEN_TO_BE_REPLACED

When you think of a beverage in Japan, you would … END_OF_DOCUMENT_TOKEN_TO_BE_REPLACED

Looking to upgrade your bathroom? Perhaps a bidet … END_OF_DOCUMENT_TOKEN_TO_BE_REPLACED

We need them, we love them, we hate them, and we … END_OF_DOCUMENT_TOKEN_TO_BE_REPLACED